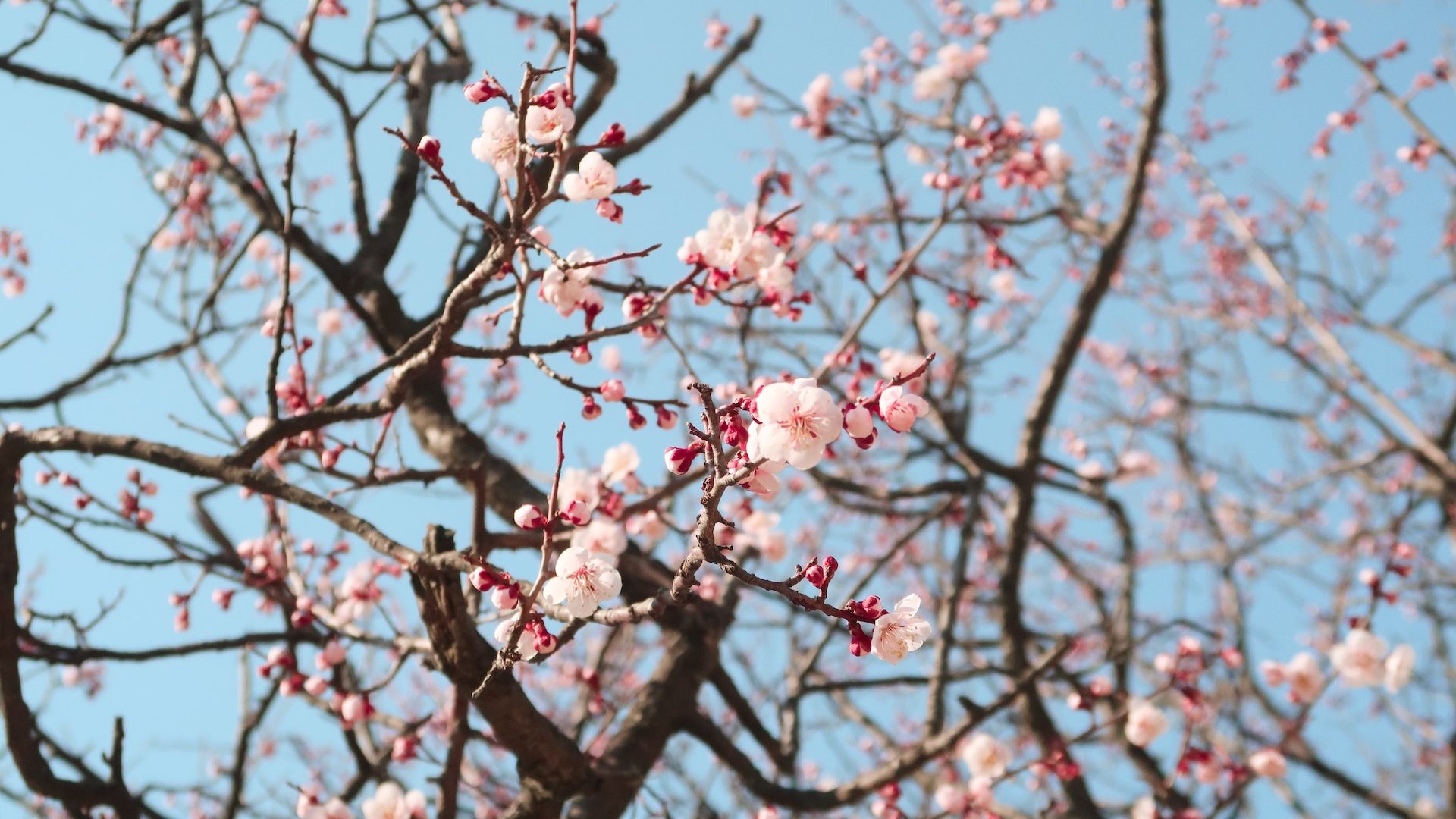 Most people want to escape the rat race and move to a place far, far away. In reality, very few will actually ever do it. But what if I told you that it was a lot easier than you think? I think more people would take the leap if they could just get past the psychological barriers that make it seem like more of a dream than a reality. In fact, because of the accelerated pace of globalization that the world is currently experiencing, it’s probably never been easier to live and work abroad. In this post, I would like to discuss the financial aspects related to teaching English in Korea. Even though Korea is widely considered a “mature” market for teaching, there are still many opportunities to be had by foreigners looking to gain international work experience, explore Asia, and make some money in the process. And this opportunity is not only for a select few with stellar resumes. Rest assured that you too can escape the rat race and save money teaching abroad.

Get away, if only for a while

I want to talk particularly about money because that’s what makes it possible to live abroad for a long period of time in the first place. In most cases, a teaching position abroad requires at least a one year commitment. That might be enough for some people, while others prefer to do it for several years. Either way, living in another country is a life changing experience for most people because it provides them with opportunities to meet people from all over the world, experience different cultures, and even learn a new language.

“What about the cost of living?”, you wonder. Good question. Affordability is probably the most important factor that makes it feasible to work in Korea. Overall, the larger cities are more expensive than the smaller cities. But either way, the living and working conditions of foreign teachers create an environment conducive to saving money. There are a few key reasons for this.

In many American cities, for example, rent, taxes, and healthcare costs can eat up more than 50-60% of a typical worker’s wages. This is especially true for young professionals trying to pay off student loans. However, these costs are significantly lower for foreign workers in Korea, which translates into higher net earnings—and possibly savings.

Let’s go over the items in more detail.

Subsidized rent: Most, if not all, teaching jobs include the benefit of rent-free housing, or substantially subsidized rent. This effectively eliminates or greatly reduces perhaps the biggest cost of living expense for most people.

Affordable public transportation: It costs about $1 (one-way) for a basic bus or subway fare. The price increases for longer trips, but the baseline fee is inexpensive. Moreover, transportation costs are minimal for those living within walking distance from their workplace. And since you will likely not own a car in Korea, you won’t have to pay the costs associated with car ownership, which include car insurance, gas, maintenance, and annual registration fees.

Lower overall tax burden: The two main tax categories are income tax and resident tax. Overall, this number is much lower than the rate many foreign workers would pay in their home countries. Everyone’s situation is different, but let’s take a look at a couple of scenarios so that you can get a basic idea about ballpark figures (estimates) concerning income taxes. For instance, a worker with a salary of ₩2.4 million per month would have ₩36,920* withheld for income and residential taxes, which is a rate of about 1.5 percent. And someone earning ₩3 million per month would have about ₩85,000* withheld, which equals about 2.8 percent.

Note: This is not tax advice. It has been provided to give you a general idea about income and resident taxes.

Therefore, a worker with a salary of ₩2.4 million would pay ₩77,520—which is roughly $68—per month for health insurance. The employer would pay the other ₩77,520.

OK, so how much can I save? Good question. It really depends on your goals and spending habits. However, there is a baseline “savings” rate for foreigners working in Korea because of two key things: 1) national pension* and 2) severance pay. That’s because, by law, all workers pay into the national pension plan, and receive a severance payment equal to one month’s salary, for every year of employment. Therefore, your salary would determine those two things because they are based on it. And when workers leave the country, they receive these monies in lump sums, in addition to their final monthly paycheck from their last month of work. Let’s go through some examples to see how much money someone could walk away with after working in Korea for one year.

*Lump sum pension payments will include earned interest, but taxes will be deducted.

Beau teaches kindergarten. His salary is ₩2.5 million per month, and his employer provides him with rent-free housing. Beau spends his money on clothing, entertainment, and travel. He basically has no monthly savings when he decides to leave Korea after his employment contract finishes. However, on his last paycheck he receives his severance pay, and he cashes out of his pension account with the national pension office, which is possible because he is leaving the country. Beau leaves Korea with ₩7,700,000, which is about $6,900. Not bad, considering that Beau basically blew his all his cash during his year in Korea. He’ll still leave the country with a good chunk of change.

Amanda works at an elementary school. She makes ₩2.2 million per month, and lives in rent-free company housing. She has decided to save 25% of her monthly income, which totals ₩550,000 per month. Saving this much is not difficult because she doesn’t pay rent. She decides to work in Korea for two years. After finishing her contract, Amanda leaves Korea with almost ₩25 million, which is about $22,250. Even though Amanda set money aside every month, she still had enough disposable income to enjoy her life in Korea (she wasn’t pinching pennies). In fact, she regularly traveled to many of Korea’s historical sites and cities on the weekends and holidays. In addition, she traveled to Kyoto during her first year abroad, and took a short trip to Singapore before returning home to Houston, TX.

Tyler teaches at a university and gets paid ₩2.8 million per month. He lives in a studio apartment on campus, which includes all utilities. Every month he saves ₩1 million, which is not difficult because he has no bills. He decides to work there for three years. After receiving his severance pay and pension, he has ₩57,096,000, which is about $51,380.

Mary and Austin are a married couple from South Dakota. They both work at the same academy teaching high schoolers in Suwon. Since their employer offers shared housing to couples, they live together in company housing. They each make ₩2.5 million per month, and they both decide to save ₩600,000 per month. At the end of two years, they decide to leave Korea. They each have ₩27,300,000, which is roughly equivalent to $24,570. Together they have about $50,000.

The numbers (per person)

The examples don’t include charges for taxes, interest, insurance, or other expenses because those items are not major monthly expenses. Moreover, the examples are on the conservative end. I’ve met many foreigners who save over 50 percent of their income and stay in Korea for many years. Each person’s situation is different, but the examples are realistic calculations based on real salaries. Additionally, US and Canadian nationals are eligible to receive a lump sum refund for their pension contributions; however, not all nationalities are eligible for the refund.

In this day and age safety is paramount. Moreover, personal security is a huge concern for travelers everywhere, and for good reason. One of the great things about living in Korea is the comparatively low crime rate. Big city crimes like petty theft, assault, and gun violence are not critical safety issues in Korea. The specter of North Korean aggression flares up from time to time, but that’s certainly on the extreme end. On a day to day basis, foreign teachers would likely not have to worry about being the victim of a crime. However, I should point out that the risk of crime does increase in the busy party districts at night, usually when alcohol is involved. But, quite frankly, things like that happen in party districts everywhere around the world.

Perhaps one of the most surprising things that foreigners notice in Korea is that people tend to trust others not to steal in public. For example, it’s very common for people to leave their belongings, such as purses, wallets, and computers, on tables while they step away to order drinks or use the restroom at restaurants and cafes. Sure, it is possible to get robbed; but I have never met anyone who has had anything stolen from them at a restaurant, cafe, or any other public place. I still recommend for people to be cautious, though, just to be on the safe side.

Aside from traveling within Korea and exploring the various regions and cultural gems that the country has to offer, it is a great hub for international travel. That’s because Korea is just a short flight away from other popular travel destinations, and tickets can be purchased at very reasonable prices. Many, if not most, English teachers working in Korea often take trips to places such as Tokyo, Beijing, Hong Kong, Manilla, and Hanoi. It’s especially convenient for people living near Seoul to travel because the airports are very accessible. The Incheon airport, for instance, has a subway line that runs directly into Seoul, stopping at the Gimpo airport along the way. This is great for travelers because the subway system is super modern, it usually runs on time, and the trains have air conditioning. Plus, it’s cheap and you don’t have to worry about paying huge taxi fees, or getting stuck in traffic.

Living abroad is not for everyone. But it is a great way to experience a totally new life in a new country and save some money in the process. In fact, many English teachers in Korea use the opportunity to pay down their debts. And while other countries might provide more lucrative pay, Korea is a fun place to live and is worth consideration for anyone looking for an adventure abroad.