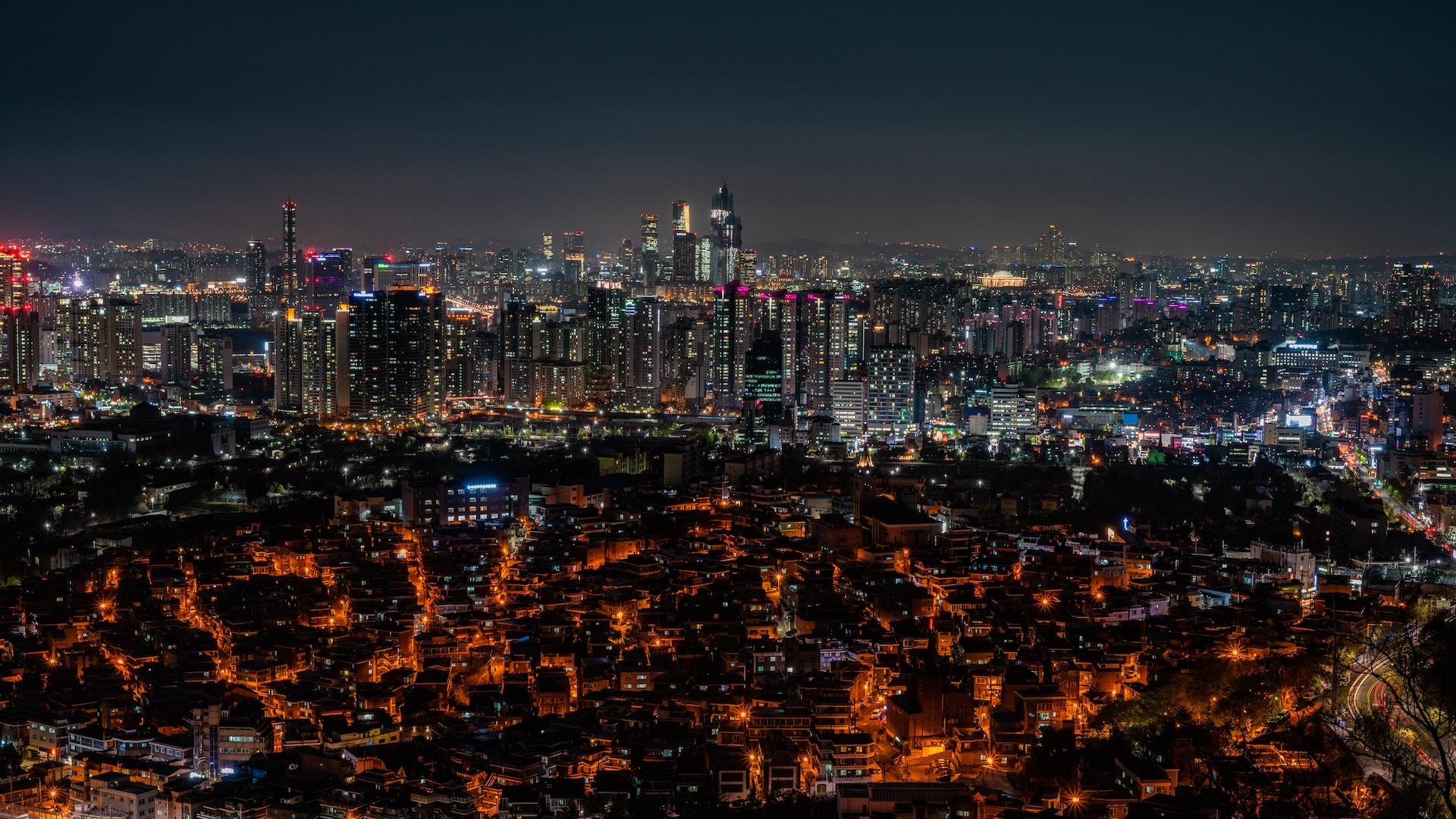 There are many reasons to work abroad

International experience has never been a more valuable asset in the workforce. As the speed of globalization accelerates, the need for cultural flexibility has become increasingly crucial. Living abroad is the most effective way to immerse yourself in a completely different culture and develop a unique skillset that any organization would deem invaluable, irrespective of industry. Moreover, some research suggests that living in a foreign country can make you smarter. Enhanced cognition aside, living abroad provides you with unique career opportunities that might otherwise be unavailable. In this post, I’ll discuss some of the many reasons to work abroad.

Let’s be clear. There is no substitute for living abroad. Living and working in an environment outside of your comfort zone for long periods of time challenges you to look at the world through a different lens. This allows you to develop personally and professionally in ways that you didn’t even think were possible. Also this experience can greatly illuminate your understanding of others from different cultural and linguistic backgrounds. On top of that, it teaches you how to more effectively communicate with people with limited English abilities, in a foreign office culture. You’ll have the chance to learn another language, too.

Being a foreigner abroad gives you plenty of opportunities to experience unique problems and stressful or uncomfortable situations. Many times you’ll have to be creative and diplomatic in these situations. This experience is hugely beneficial because it really does make you self reflect in ways that you wouldn’t in your home country. For many people, this means growth, or simply growing up! In short, you’ll have the chance to more deeply develop your intrapersonal, interpersonal, and problem-solving skills. And while living in a different country can sometimes be unpredictable, that’s a large part of what makes it exciting. You really learn to become flexible and open-minded, if you aren’t already.

Companies—well, the smart ones at least—know the value of workers with this kind of experience because they develop a unique skillset that simply can’t be taught. It’s something that happens outside the sphere of educational institutions, government programs, and on-the-job-training.

Moving to a new country opens you up to a lot of new experiences. Sure, there’ll be McDonald’s and Coca-cola there, too; but you will also have the chance to see and experience scores of unique products, foods, designs, and architectural styes. Many of these new experiences will absolutely blow your mind. This can spark your imagination and potentially unlock your creativity. For some people, this could even inspire them to start a new business. For example, after visiting cafes in Italy, Howard Schultz, the former chairman of Starbucks, was inspired to sell coffee drinks in America. Starbucks originally only sold dry coffee beans, not drinks.

Jack Ma, the founder of Alibaba, started his first business after he visited friends in the US and learned about a new trend in tech called “the Internet”. Interestingly enough, Ma was an English teacher in China before he made his billions in tech. Is everyone who travels likely to become famous? No. But I am convinced that something overwhelmingly positive happens to people when they live abroad.

Start a company, get free money

There are also programs abroad that give money to foreigners launching startups. The Korean government, for instance, provides startup capital to companies with at least one foreign founder or co-founder. The K-Startup Grand Challenge is a government-backed venture program that invests up to $100,000 in startups. Additionally, it provides other perks and support to help founders succeed in their new ventures. Government officials hope to boost the Korean economy by facilitating the formation of (potentially) high-growth businesses through the program. The aim is to create high-quality jobs and boost the country’s global competitiveness in terms of business and technology. There is also a program run by the Seoul Global Startup Center, which invests up to ₩20,000,000 (roughly $17,000) of seed money in startups with a foreign founder and lets founders keep all the equity.

Out of many, one

International work experience can really be a game changer that enhances your overall competitiveness in the job market. It can really make a difference for many people because the competition for high-quality, high-paying jobs is high. Therefore, it’s important for job seekers to differentiate themselves from the pack.

Global companies, along with federal, state, and local governments actively recruit culturally sensitive, talented individuals with strong problem-solving skills. In fact, I would argue that American companies struggle just as much to find employees with soft skills (e.g., emotional intelligence, cultural awareness) as they do to find workers with hard skills (e.g., computer programming). And while it might not be the deciding factor that gets you hired, international experience definitely gives you an edge over similarly qualified candidates.

The same holds true if you are thinking about applying to graduate programs. Even just one year abroad can carry a lot of weight on a graduate school application. For instance, in years past, quite a few of my former co-workers and friends who were teaching English abroad went on to law school, or other highly competitive graduate programs at well-known universities in their home countries. Generally, universities do their best to add value to their programs, which means filling them with students who bring something unique to the table.

English teaching: get your foot in the door

For most people, the fastest, easiest, and most convenient way to work abroad is to teach English. That is because there is a strong demand for ESL in many places around the world, and companies usually sponsor visas and pay for flights. In general, a bachelor’s degree is the minimum education requirement for most teaching jobs. Not surprisingly, the vast majority of the English teachers that I have met have degrees in the arts, not the sciences. Of course, this makes sense because STEM jobs are in high demand, and they pay very well. However, I think that an ESL job in a foreign country would be beneficial to anyone, even people from the sciences. To give an example, foreign startups or other companies may seek to hire English-speaking engineers and coders, but they only hire applicants already residing in the country. Moreover, it’s not uncommon for people to get hired at one company (abroad), and then move to another company when their employment contract ends. So, for example, someone could initially take a job as an English teacher Japan, and then look for a job in another industry (e.g., tech, publishing) at a later point in time.

Careers in education and administration

Teaching abroad is a great starting point for a long term career in education. Furthermore, individuals with advanced degrees in linguistics, English, and education (or a similar degree) are very well positioned to land ESL jobs at community colleges and universities in their home countries if they have international teaching experience. That’s because the thesis of institutions of higher learning is to provide a high-quality education to a diverse student population. Therefore, international work experience gives teachers a significant competitive advantage over others with only local experience. Overall, this is a great way to boost your resume, especially if you aspire to become a tenured professor/instructor at a community college or university.

In general, if you have a teaching credential, teaching abroad greatly increases your stock in the eyes of employers. Plus, many well-paying jobs exist for certified teachers at private and international schools around the world, some of which are tax-free and include rent-free housing. Teaching positions at elite international schools have high requirements. But they are, for the most part, top notch occupations for those interested in a long-term teaching career. In many cases, the campuses on which these schools are located feature modern facilities and look more like universities than elementary or high schools. So if you have a teaching credential and want a cushy teaching job abroad, this is a career to seriously consider!

Additionally, teaching abroad is a great stepping stone to other job opportunities in higher education. For instance, individuals with extensive international experience are well positioned to work in university departments that offer study abroad programs. In addition, they posses the relevant experience to work in international student offices, which requires a high level of cultural sensitivity and possibly some foreign language skills. It can also lead to peripheral education jobs in areas such as publishing, corporate learning and training, and educational technology.

Have you ever wanted to get into voice acting? Modeling? Breaking into these industries is difficult if you don’t live in or near major media hubs where these types of companies are located. And even if you do, the competition is very high. However, living abroad can give you opportunities in these areas that would likely be inaccessible to you back home. That’s because when you are a foreigner in another country, the dynamics and economics of these industries are vastly different. The barriers to entry are many times lower for foreigners, so it’s a lot more accessible.

In Asia, for example, companies frequently need voice actors to read scripts for English content, such as learning materials or mobile app development. This requires a native English speaker. And because there are different native English accents—for example, British, Australian, and American—companies need to find both male and female voice actors from various countries. But that is a hugely difficult task because native English speakers are few and far between. Therefore, the demand is high, while the supply is low. This translates into huge opportunities for people who desire to get into voice acting. It’s honestly not that difficult to find these gigs either. In reality, friends of friends (or colleagues), or maybe even your boss—if you teach English, for example— might approach you with these kinds of opportunities. There are also local agencies that specialize in this. To be specific, these are mostly one-time gigs, not full-time voice acting jobs. Either way, it’s a great opportunity to build your portfolio and get your name out there.

Opportunities for modeling exist for people with a “unique” look. Just kidding. Actually, companies often just need a foreigner, one who looks “exotic” to locals, for photo shoots. I’ve known plenty of English teachers or others studying abroad who end up doing some type of modeling on the side. In fact, language companies and academies often put their foreign teachers in their advertisements and on billboards. Additionally, local businesses, universities, and independent fashion companies seek out foreigners for promotional website photos and other advertisements to make them look “global”. In some cases, people might even approach you in public for this kind of work. Again, these opportunities are not limited to a select few with the physiques of olympians. Average people, in general, have the chance to undertake modeling roles, as well.